Recent announcements made by American Airlines, British Airways, and United Airlines are opening up the possibility to streamline the process of entering Europe through the United kingdom for all American travellers.

The number of direct flights between the US and the UK was reduced dramatically since the beginning of the pandemic.

Soon, passengers may be offered to take part in a series of trials, estimating whether preflight rapid-testing can be a viable solution to lift travel limitations imposed by both countries and likely others in the near future.

There are two separate programs:

The first testing program, announced on Nov. 17 by American Airlines and British Airways, will start trials on Nov. 25 on flights to Heathrow Airport departing from Dallas’ DFW Airport, New York's JFK Airport and Los Angeles(LAX) Airport. Another JFK flight will join the program soon, but the date has not been set yet, stated American Airlines in their press release.

Volunteers who sign up for the program will need to go through three free Covid-19 tests: a self-administered RT-PCR (nasal swab) test taken at home with online assistance of a medical professional 72 hours before takeoff; a LAMP(nasal swab) test taken after arrival at Heathrow Airport; and a self-administered saliva test taken at home after three days of stay in the U.K. Even if all tests are negative, passengers will still need to self-isolate for the total of the 14 days.

The second program, launched on Nov. 16, is a United Airlines initiative – the company started a research that requires a preflight rapid-test on flights from Newark Liberty International Airport to Heathrow Airport. The testing is free; partaking in United’s program is mandatory for all passengers over 2 years old - those who do not want to take part in the trial will be offered to move onto a different flight free of charge.

Instead of 3 tests required by A.A. and B.A., only a rapid Abbott ID Now test is needed; although there are concerns associated with United Airlines’ choice with medical professionals being split over the lower 80% threshold for the Abbott and other point-of-care tests’ “sensitivity”.

“Participants may receive a false positive or a false negative finding, and have to agree that United bears no responsibility for an inaccurate test result and any resulting consequences if partaking”. Stated United’s spoke person, to justify inaccuracy concerns surrounding asymptomatic cases.

To perform a test passengers will have to make an appointment at least 3 hours prior to their departure, the airline advises; results can be obtained approximately 30 minutes later. Passengers who test positive won’t be able to board; they will either be refunded or re-booked on another flight departing at least 10 days later upon request. They will be required to provide evidence of two consecutive negative Covid-19 results to board a re-booked flight.

Said programs are the UK's attempt at evaluating testing as a mean to minimize the self-isolation and quarantine period for travellers.

"We believe the results provided by this trial will be vital for reopening transatlantic travel safely," Doug Parker, CEO of American Airlines.

But there are still plenty of travel destinations currently welcoming US travellers with minor precautions:

and more; you can also get up-to-date information using the search bar on our home page!

By Filippo on LL 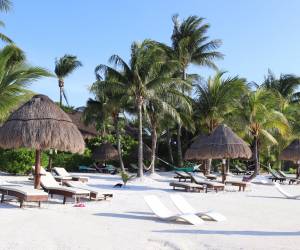 Travel Safety For Families In The Caribbean

The Caribbean is a dream destination, atop the bucket list of many travelers. However, the chain of islands comes with its fair share of challenges. 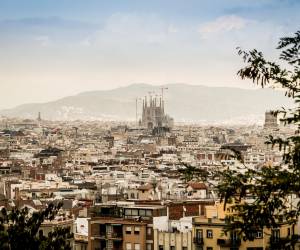 Visiting Spain? What you need to know before you go